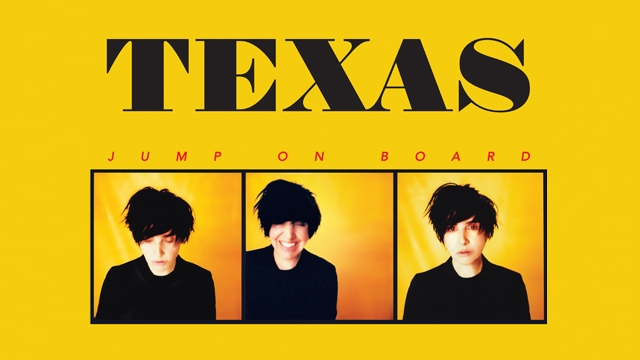 “Life’s too short, let’s work it out” goes the visionary and pertinent chorus of the first catchy single from the brilliant new album by Texas, “Jump On Board”, which brings the band’s current album count to 9. This album is the sound of a band which is totally at ease and comfortable with itself, packed with hits influenced by Northern Soul, disco, and by founding British bands like the Bee Gees or Orange Juice.

Texas has never been afraid to do its own thing. It’s a band that’s been around for a long time, which is rare, and “Jump On Board” offers a characteristic style while at the same time creating flashbacks that recall these much-loved reference hits: “Say What You Want”, “Halo”, “Black Eyed Boy”, “Summer Son”, songs which span a career of nearly 30 years and 40 million albums sold.

In 2017, Texas is more vibrant than ever, and the success story of this British band is still going strong. “Jump On Board” is both a spirited regeneration and a triumphant confirmation of a lifetime belief in the power of universal pop music.

“We feel refreshed”, Sharleen says with a smile. “We definitely had a great time making this record. It’s time to jig it all up. It’s like a new beginning. It’s the next part of our story, and we’re loving it”.